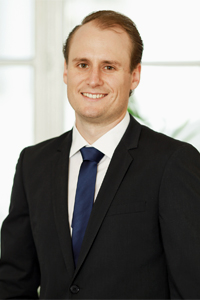 After completing his “Baccalaureate” in Lugano, Yannick Lehmann studied law at the University of Lucerne, from which he successfully graduated in 2015 (Bachelor) and 2017 (Master). During the last semester of his studies he attended an exchange semester in Norwich (UK) at the University of East Anglia, where he was able to study English law. Subsequently, as a Junior Associate at Domenghini & Partners Ltd. and as a Trainee at the Labour Court of Lucerne, he gained some professional experience in multiple areas of Swiss law. In 2019 he then was admitted to the Bar of the Canton of Lucerne and has been working as a self-employed attorney-at-law since the beginning of 2020.